“If everyone is moving forward together, then success takes care of itself.” 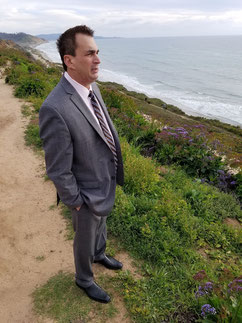 
Drawing from his experiences as a litigant, investigator and forensic researcher, George Sharp offers consulting services to regulators, attorneys and publicly-traded companies seeking to protect investors. He is a longtime whistleblower and advocate against microcap fraud and his efforts have led to the suspension of several ill-intended, publicly traded issuers and the prosecution of several perpetrators, some of who are attorneys. George has appeared on television and referenced in the print media for his efforts to combat microcap fraud. George Sharp is also a former consultant to OTC Markets Group, Inc.

After he studied at the University of Waterloo’s Engineering Department, Mr. Sharp worked as a systems analyst at the City of Calgary’s Electric System, as it was known then, from 1981 – 1983. He then took on clients as a consultant developing software systems in the burgeoning microcomputer industry for such clients as reinsurer Reed Stenhouse, Ltd., and Northern Telecom Ltd. During 1988, Mr. Sharp developed one the first widely used Human Resources Administration Systems for microcomputer platforms and formed Progressive Microsystem Designs, Inc. (later Select Database Corp.), becoming its President and CEO, and based in Newport Beach, California. Prominent installations included the campuses of the University of California, defense contractor Parker Hannifan Corporation, Northern Telecom, Ltd., Ingram Book Company, a wide assortment of hospitals, Calcomp Technology, Inc., Wordperfect Corporation, and Novell Inc.

From 1997 through 2000, Mr. Sharp consulted to Safe Environment Engineering, then a developing and now a leader in the confined space monitoring industry. He designed much of the software that went into remoting monitoring of entrants into confined spaces, such as airplane wings, mines, sewers, and tunnels. During this time, he assisted with the servicing of clients such as Boeing and gained security clearance when located at Tinker Air Force Base, Oklahoma.

From 2000 through 2002, Mr. Sharp was the Director of Information Systems at long distance reseller, Americom Communications, Inc. of Sacramento, California.

From 2003 through 2008, Mr. Sharp was a highly regarded consultant to companies with legacy computer software systems written for the now antiquated Microsoft DOS operating system. He served such clients as Worldvision, Garden Fresh Restaurant Corporation and Nantucket Corporation.

Since 2008, having been the victim of fraud when a now well-known con man used his name as a front for a penny stock scheme, Mr. Sharp has developed an oft reported career as a whistleblower and publicizer of pump-and-dump schemes. Early on, Mr. Sharp became proficient at California Civil Procedure and he brought several court cases against the perpetrators of such schemes, as a plaintiff. His work became highly regarded, and trading suspensions were imposed against many of the companies he brought to light. Charges, both civil and criminal, were also brought against many of the individual perpetrators he exposed. This background led to him being retained in June 2017 by OTC Markets Group, who were seeking to bring stronger compliance requirements for listing on their platforms.

His experience with OTC Markets enabled Mr. Sharp to begin services in 2018 to listed companies who wished to reinstate or maintain their good standing and bring asset value to their shareholders. Since October 2018, Mr. Sharp has been the President and CEO of Forwardly, Inc., formerly known as Guard Dog, Inc., and has worked diligently to bring value to the company’s shareholders. Mr. Sharp also continues to provide services to public companies seeking to stay onside of listing regulations. 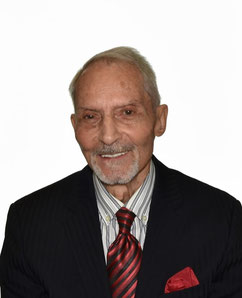 
Len Harris has over 50 years in the public markets, as a retail stock broker, a financier, and as an executive. Recently, Len completed a 12 year stint as President of Anglo-Canadian Uranium, Inc. He is now the President of Lionheart Exploration, Inc.

After graduating high school in Edmonton ,Alberta, he went on to get a diploma in radio electronics. He parlayed his education into employment with Empire Shipping as a Radio Officer on the MV Sea Breeze , a ship with Liberia registration and which transported lumber from British Columbia to Chile.

Mr. Harris was then employed by the Canadian Government’s Department of Transport, as Radio Operator, communicating with foreign shipping vessels from Japan and the Soviet Union and various European Countries. Having obtained security clearance, he began working with the International Communications Union of Geneva to identify communications infractions and violations.

Having completed the Canadian Securities Course, Mr. Harris began working in the sales department for Federated Investment Ltd. In 1968, selling Mutual Funds. He then became a registered stock broker and 20 years in that vocation, primarily with the Vancouver, BC offices of Jones Gable & Co. While there, he successfully participated in several Initial Public Offerings and private placement fundings, primarily in mining, as well as the Oil and Gas industries. Among his successes, he was able to assist with the financing of a producing silver mine. One of his 1980 oil and gas funding projects, resulted in the biggest gas well ever drilled in North America at that time (1980). Mr. Harris has also funded various diamond exploration programs in Wyoming, Quebec, and Western Australia, as well as uranium mining prospects in Colorado, New Mexico, Utah and Quebec.

Mr. Harris has served as a Director and CEO of a number of Canadian listed companies. 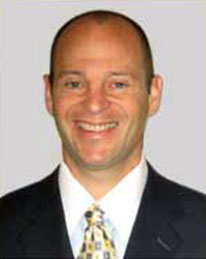 
Michael is a partner at KBL, LLP, Certified Public Accountants and Advisors. He is charge of KBL’s audit quality and control, and the KBL’s Public Company (SEC) Practices Group. Michael has over 20 years of experience in public accounting and consulting to both publicly traded and privately held companies. He also has vast knowledge of capital financing, debt refinancing, strategic repositioning, development restructuring, and private placement offerings.

Michael’s specialties include reverse merger transactions and registration processes for the Securities and Exchange Commission. He has directed various SEC engagements as well as financial service engagements as an auditor, and has been utilized as an outsourced CFO for a number of public companies all performed in accordance with the standards established by the Public Company Accounting Oversight Board. He has prepared numerous market and financial feasibility studies that have directly led to the raising of several billion of dollars in financing. 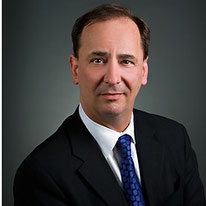 
Louis Sapi is a 1986 MBA Graduate of the world renowned Schulich School of Business.

As an entrepreneur, Louis has, over the years, owned numerous business ventures in conjunction with his CPA firm activities. At times he used his skills to purchase insolvent companies to turn them around to successfully run or sell. Louis has served on various corporate boards and advisory teams over the years and has devoted himself to numerous philanthropic activities. He utilizes these experiences in his role as head of Charger Consulting Corporation, a business advisory firm, based out of the Toronto area. 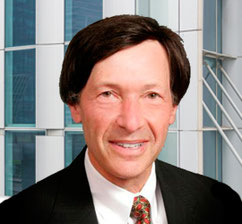 
Ernest Stern is a partner in the corporate and securities practice group at Culhane Meadows PLLC. Mr. Stern assists many emerging companies with venture capital and growth financings, including IPOs and reverse mergers, and with growth through domestic and cross-border mergers and acquisitions.

Note: All changes made here will be applied to your entire website.
is-switcher admin-only
draggable-logo

“Forwardly is a public company seeking opportunities to partner in fresh ideas.”